You are here: Home › One Lap Around California
By Don Lake on December 2, 2014 in Non-Fiction, Writing 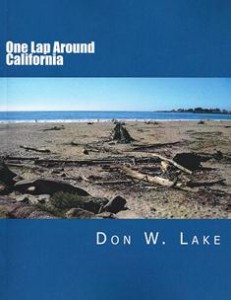 It’s a simple idea. Drive all the way around California, keeping as close to the border as possible without ever crossing it, yet stay on excellent roads: California highways, U.S. Highways, and even Interstate Highways. Along the way you’ll see cities, mountains, ocean, and desert, all the while getting to know the real California.

It’s a simple idea. Drive all the way around California, keeping as close to the border as possible without ever crossing it, yet staying on excellent roads:

Each person’s experience will, of course, be different, but each one will be highlighted by:

The list of those things included here is not meant to be comprehensive, just representative of all of the amazing, unique and otherwise noteworthy within California’s borders. They are not, like Burma Shave Signs, always visible from the road. Some are. Some are even part of the road itself. Others are nearby and need a short drive to be visited. All are included because the editor thought them interesting.

This incline railway was the partner of Angels Flight in downtown Los Angeles. Two cars ran in a counter balance configuration from a Los Angeles Pacific Railway stop at the base of the Westchester cliffs to a hotel at the top of the bluff. The line only existed from about 1901-1909. The incline eventually succumbed to unstable soils and cliff erosion. The two cars were named ‘Alphonse’ and ‘Gaston’. 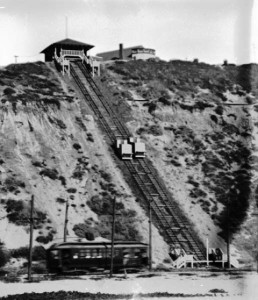